So am I still waiting
For this world to stop hating
Can’t find a good reason
Can’t find hope to believe in
– Sum41, Still waiting

There is a curse. It is the patch birder’s ‘Catch 22’: do you wait for birds to visit your local patch, or do you go out and find them? Do the former and you can be left waiting for indefinite time. Do the latter and you might miss some patch gold.

And so it has been with Waxwing. The irruption of these gorgeous punks this winter has meant we have been waiting expectantly, looking at every berry-bearing tree with the hope of a child on Christmas Eve. Prominent trees have even been laced with apples. But the Waxwing have not come. Or, we have not seen them if they have.

This weekend I cracked. I left my patch and went in search of them elsewhere. We say ‘them’ because we always imagine a flock, but I saw a Rogue One. The lone X-wing… *ahem*, I mean… Waxwing (alright, I’ll quit with the Star Wars puns) has been a regular feature, delighting the crowds at the Rainham Marshes reserve for a few days now.

“You scoped it?”: This was one of my fellow patch birders’ response when he saw this photo. He has a point. The Waxwing was showing exceptionally well and close in. To understand why I didn’t get a better shot with my camera, instead of a digiscoped view with phone and  scope, is its own little story about patience and waiting: or lack of…

I did get a few shots with my camera, but was unlucky with the position of the light and obscuring branches etc etc. But really, the truth is the fact that makes me a terrible twitcher: I simply hate crowding round a bird like a paparazzi scrum around a Kardashian. Whilst everyone waddled from bush to bush as the Waxwing moved from perch to berry-larder, I sometimes stayed behind and trained my camera on something else instead. Like a Fieldfare for example – only too happy to mop up the excess fruit intended for our Bohemian visitor.

And then I abandoned the scene altogether to walk around the rest of the reserve in rather more peace. 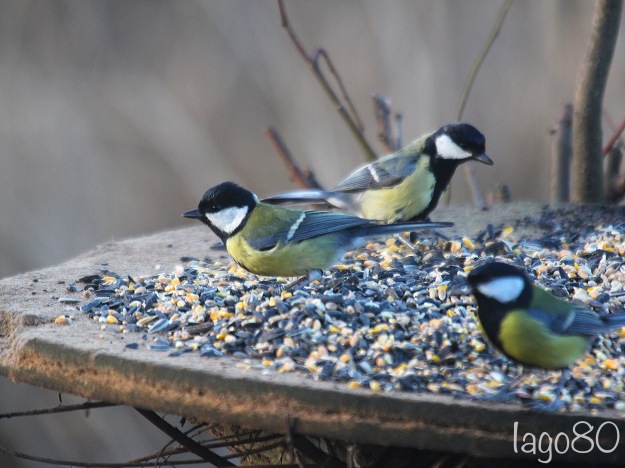 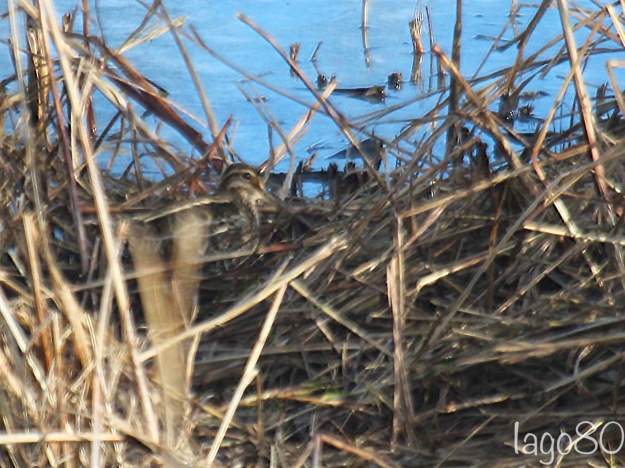 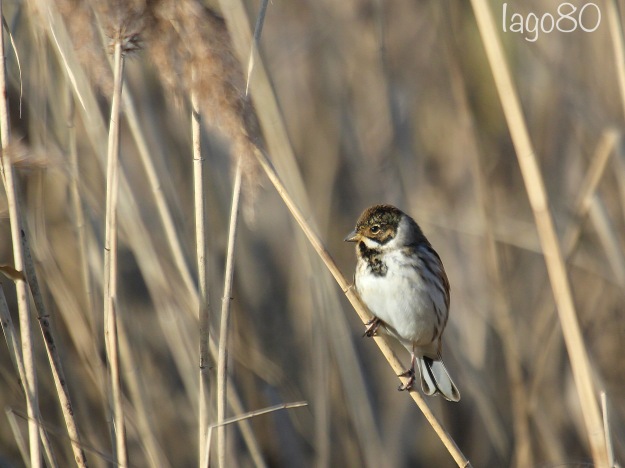 As you would expect with Rainham – the estuary walk from Stone Barges and the reserve itself – there were some pleasurable bird sightings and a total of 15 year ticks for the day – January is great like that. Redshank fed and called loudly to each other across the mud, a few Black-tailed Godwit  scoured the waterline shores whilst flocks of tiny Dunlin whirred over their heads and bigger flocks of bigger Lapwing took to the skies and back down again to the ponds with their characteristic jitteriness. Curlew and Snipe alerted me to their presence by dropping in from the sky. Birding from dawn until after dusk I watched gulls move to and from their roosts, with my first Great Black-backed Gulls of the year marching up and down on the decks of static boats like attentive sea captains.

Hundreds of Teal were joined by even larger flocks of Wigeon alongside a smattering of Shelduck and even >16 Pintail.I also felt a shred of envy as I watched flocks of over thirty Skylark (we never get that many on the patch – the dogs and habitat destruction undoubtedly help ensure that).

Patience was rewarded a little on the river walk… 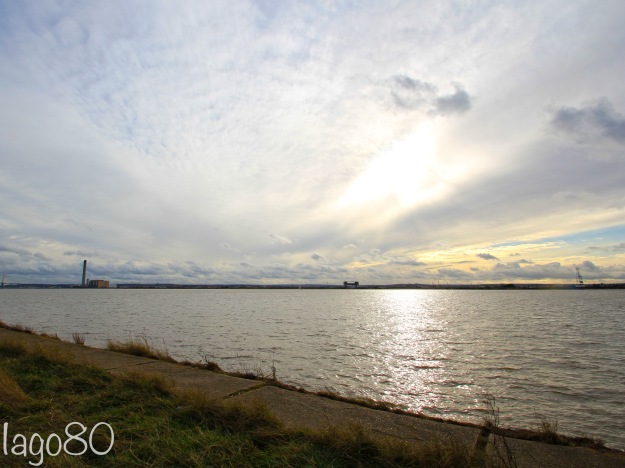 Thames at Rainham (I have taken nearly exactly the same picture almost every time I visit).

Rock Pipit bobbed up and down the man-made river banks and flood defences, whilst their  meadow cousins seemed to be put up in the air from almost every patch of grass I walked past. But it was the subtly different markings, and colouration, that drew my attention to a pipit feeding in the mud. It was only when it took off that I could see the bright white on the sides of the tail that I felt fully sure in calling it as the third of the ‘common’ pipits: Water Pipit (a bird I didn’t even see once last year). When I later met another birder  who described seeing a ‘Wipit’ in exactly the same place, I felt even more comfortable about my tick. Unfortunately my efforts to identify it in the field meant that my camera was still in my bag when it flew off towards London.

Later that afternoon, I went back to my patch to test my patience again in my two-year long patch search for Little Owl and Woodcock – they are becoming like patch-bogey birds of mine. My dusk-walks through the copses produced no owls and so I walked over to the Roding to stake-out the Woodcock that apparently, like clockwork, sails out of the woodland and over the river to begin its nocturnal feeding on the golf course every evening. I have tried this waiting game before, and once with serial Woodcock-watcher, Nick, but yet again went home empty handed (or without the tick, in case my metaphor leads you to believe I would be vile enough to join the ‘hunters’ who shoot the declining populations of these wonderful birds).

Standing by the river as the sky turned from red to purple to dark blue, I turned it even bluer as I cursed and muttered about late-evening golfers and a UFO (that’s Unwanted Flying Object, rather than ‘Unidentified’) that buzzed around like some loathsome mechanical insect, and I was sure dissuaded Mr or Mrs Woodcock from leaving his/her daytime woodland lair until after we had all disappeared and (s)he could be alone with his/her darkness and worms.

Drone over the golf course

And so I went home, still waiting, but happy at a full day of birding. I left the world of the wild and re-entered the human world and reflected on the ‘hating’ and intolerance that seem so prevalent at the moment. My fleeting sadness at not seeing a Woodcock was replaced by a deeper and uglier melancholy over some of the actions our ‘so called’ leaders are taking. The day began with a punk, the Waxwing, and so my post ends, as it began, with the punk lyrics of Sum41:

* I am not yet at the stage of punk-cynicism where I have lost hope, but then… I am not a Syrian refugee escaping terror and being told I am not welcome anywhere.