Last Saturday started as so many others for me. My alarm went off in the dark and I slipped out of bed as quietly as possible to head out birding. On this occasion, however, my wife was already awake. She put her hand on my shoulder and said, calmly, “my waters have broken and I am having contractions”. My birding trip was to be postponed it seemed.

My wife and I proceeded to have quite a nice day together. Throughout most of the day the contractions were mild enough to allow an almost normal day to be had. At one point, my overdue wife had enough to do that I actually did nip out birding for about an hour. I realise I may be publicly self-nominating myself for ‘worst husband of the year’ award. It was certainly not something I expected to be doing on the day my wife went into labour, but things had progressed so gently, that I was given a clear green light.

Almost exactly a year-on from seeing it in 3rd winter plumage, the Snaresbrook Caspian Gull has returned now as a 4cy bird. 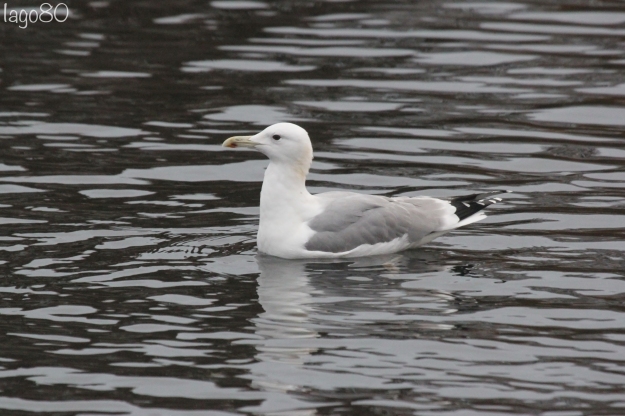 Here was the same bird on the same location, albeit a little colder given the ice, a year ago. 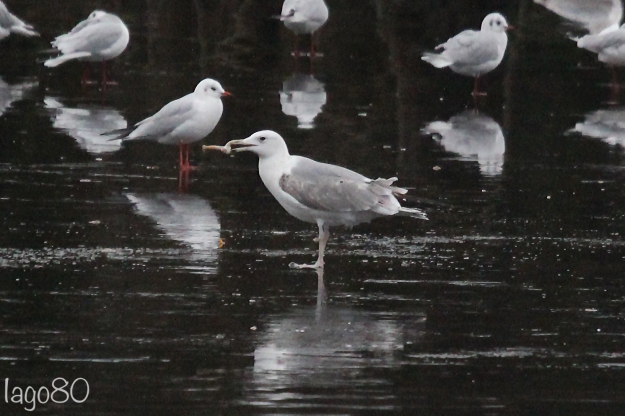 On the way home I stopped off at Leyton Tip as a local birder had tipped (pun intended) me off that it was a good place to see Herring Gull in the nominate ‘argentatus’ subspecies rather than all the pale-mantled ‘argenteus’ birds we are used to in London. The gen was good, although the views were terrible, so I grabbed a record shot and raced home to be with my wife. 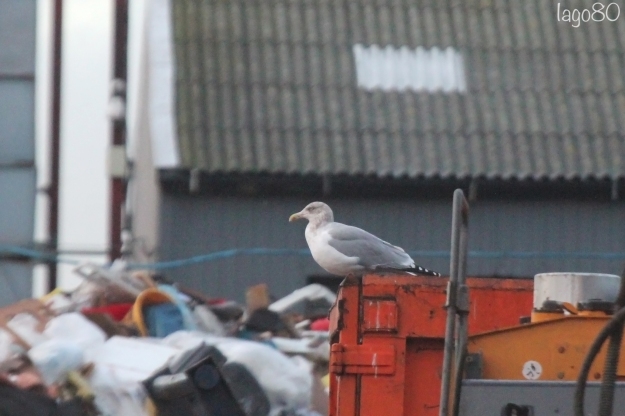 That evening we went for a nice walk, the contractions picked up in pace and intensity and, by 05:32 the next morning, my son, Harry, was born at home weighing in at 9lbs. And so life begins and so my life changes, but this is primarily a blog about birding, so…

Today (with my son now a week old), I nipped out again as my wife’s friend came over to help. Another local lake (Connaught Water) and four Goosander were actually a year tick for me, and first for me locally. 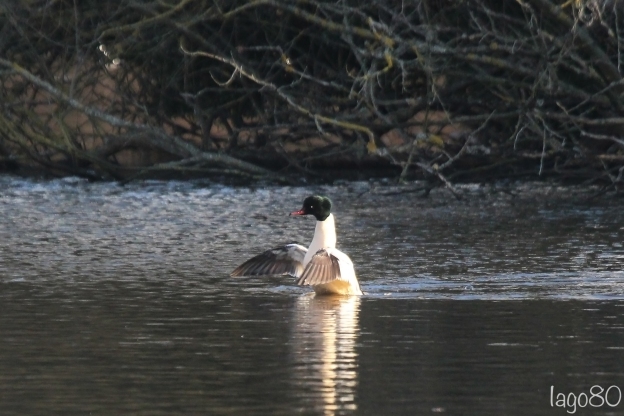 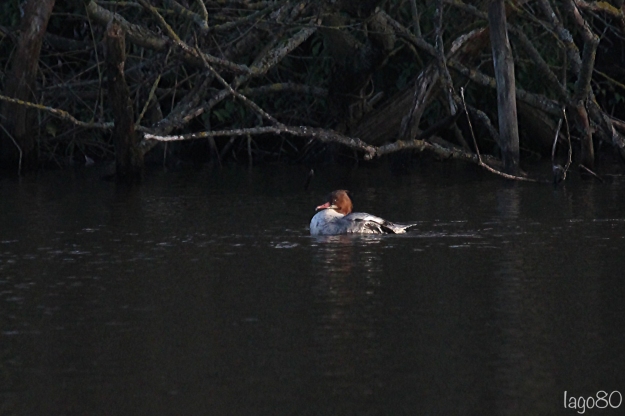