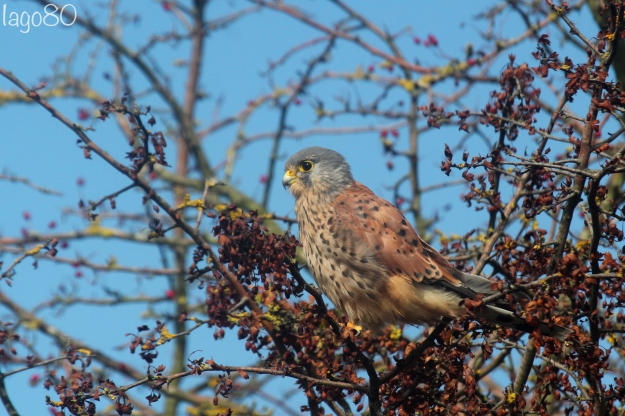 I woke up full of optimism this morning. The clear skies and wind direction did not point to anything great, but the air just tasted ‘rare’. There is nothing quite like the sense of hope and expectation at dawn during migration season. It is helped by the fact that the misty dawns of early Autumn are some of the most beautiful times to be out on the Patch.

Low double figures of Meadow Pipit came nowhere close to last weekend’s total of 257 (and my patch PB of 239), but there were also lots of Chiffchaff and few more finches than usual.

My rare-radar is obviously finely tuned as I was thrilled to receive a call from Tony telling me that he had found a Yellow-browed Warbler, only the third ever seen on the Patch, and the added bonus of being during a season where numbers of these Asian visitors have been low. I was less thrilled that, despite a couple of hours of hard searching, three of us couldn’t re-find it – although it felt a bit like the one that got away as I chased a very small warbler with my bins as it raced ahead of me through a canopy, but I got no features whatsoever. A shame for my year-list, but I would have been a lot more sore if it wasn’t already on my patch list.

This afternoon Jono and I had a switch of scenery and followed the masses to get a look at the extraordinary sight that is the Beluga Whale in the Thames. This has been thoroughly well reported on the news and the beast is now in at least its fifth day in the Thames; enormous distances, of course, from its Arctic home.

We gambled with the shorter journey to the Essex shore at Tilbury where the views have been far more distant than from the Gravesend, Kent shore. At first the views were somewhat blocked by some rather big boats.

After one of the ships had been tugged in a full 180 degree turn and got out the way, we were soon pointed towards the narrow strip of water where the pale whale had been seen multiple times already that day. And, sure enough, we were lucky enough to watch it breach on multiple occasions spouting water jets and briefly even poking its bulbous head up. The views with the scope were distant but good, the views through my camera were less so and this is about the best I could manage – the pigment appears dark because we were facing into the light.

As incredible as it is to see such a rare sight as an arctic whale in my local river, it is clearly worryingly abnormal and I think we all hope it makes its way back out to sea and back up north as quickly as possible.