A hot day in lockdown and my daily exercise took me on a quick circuit of some of Wanstead Flats. I only paused for any length of time around the Brick Pit Copse where I listened to, and eventually saw, a singing Garden Warbler (Sylvia borin) which had been found earlier in the day by N. Croft; our first locally for the year.

On the rest of my walk, I only stopped briefly to photograph a few invertebrates with my phone. The list below is snapshot of the things I took time to observe; species I specifically identified and recorded. I didn’t make too many attempts with flies (although I did iRecord Lucilia sp – a greenbottle) or one or two other invertebrate groupings, and there are no plants recorded here (although I did spend a bit of time checking the leaves of Quercus (oak), Acer (maples), Prunus (blackthorn, cherry etc). So, 81 species identified and recorded – not too shabby for a relatively brisk walk.

Selected birds: 40
I recorded 40 species of bird on my walk. The Garden Warbler was the obvious highlight, followed by an unusually showy Lesser Whitethroat. 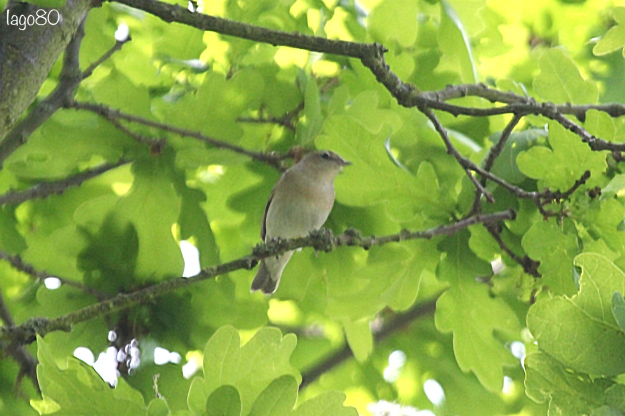 Alauda arvensis (Skylark) – only heard a couple of males singing.

Apus apus (Common Swift) – the breeding birds have been back a few days now.

Coleoptera – beetles: 7
I recorded seven species of beetle on my walk, three of which were lifers (remember I am a pan-species newbie) and three more were firsts for the year: 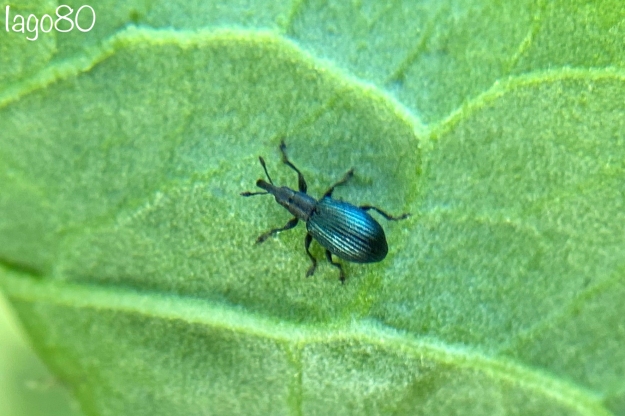 Hemiptera – true bugs: 3
Three species recorded with one new for the year. A bit poorer than I might have hoped for the bugs, to be honest.

Trioza remota – a tiny psyllid bug which galls oak leaves – the nymph resides in a depression on the underside of the leaf.

Hymenoptera – bees and wasps etc: 5
Four of the five recorded were identified by galls they cause. Other hymenoperans were on the wing, but few long enough for me to photograph and ID.

Biorhiza pallida (Oak Apples Gall) – This wasp-caused gall is very common and one of the earliest to be seen in the season.

Neuroterus numismalis f. sexual (Oak blister gall / Silk button gall) – First for the year for me of this subtle gall.

Lepidoptera – moths and butterflies: 11
Three life-first moths for me, with the hemlock moth (Agonopterix alstroemeriana) being a particular highlight.

Agonopterix alstromeriana (Hemlock moth) – a lifer for me. Found on Blackthorn.

Erannis defoliaria (Mottled umber) – a caterpillar and second time I have seen this species in larval form in a matter of weeks.

Polyommatus icarus (Common blue) – First for year for me with a specimen on Wanstead Flats and in my garden.

Syndemis musculana – another new moth for me. This tortrix was on Hawthorn.

Selected Acari – mites: 10
All identified through the galls they cause on plants.

Aceria cerrea – This isn’t recognised on iRecord or much literature on British gall-causing mites as it was only recently refound in the UK. Causes galls on turkey oak.

Etc – seven more mite-caused galls were identified, but all were galls I have recorded frequently elsewhere this year. 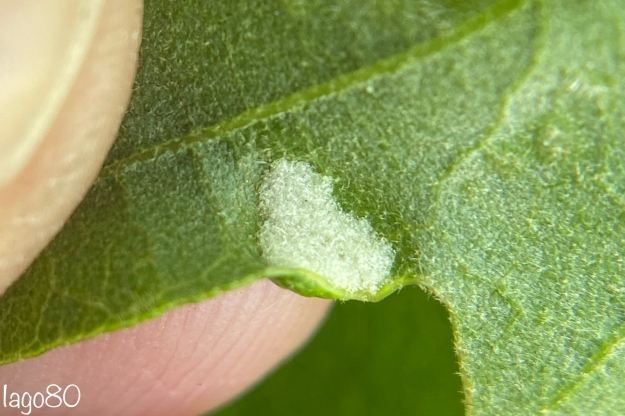 Mangora acalypha (A cricket bat spider) – First for year for me.