I have produced a short, simple paper of observations on plant galls found on Pendent Silver-lime (Tilia tomentosa ‘Petiolaris’ or Tilia petiolaris). I wanted to share a link with forums online where I have discussed anomalies between specimens I have found and the examples given by the main authorities on this topic.

This paper is unlikely to be of interest to those uninterested in Plant Galls. For those who wish to read more, please click the following link: 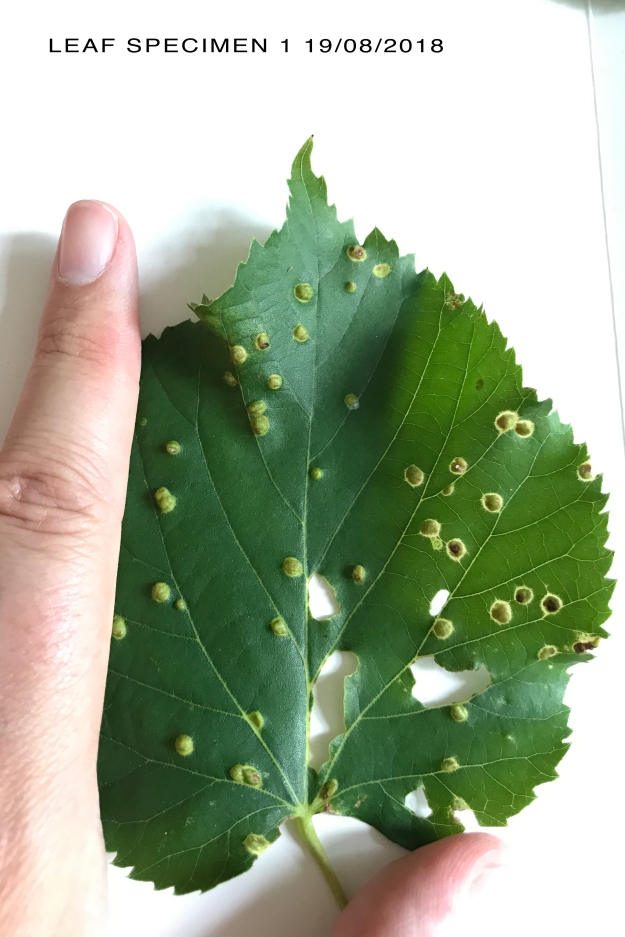 I have decided to try and complete a short monthly review of my birding activities on and off the Patch. Here is my first attempt for last month: July 2018.

Summary: I made five Patch visits in July 2018 and recorded a total of 61 species of bird, two of which were new for the year (Mediterranean Gull and Common Tern). There was a record-breaking heat-wave through much of July and every visit was made in hot weather. On the 15 July Wanstead Flats suffered the largest grassfire in London’s recorded history causing extensive damage to the SSSI and Broomfields.

The month in five pictures… 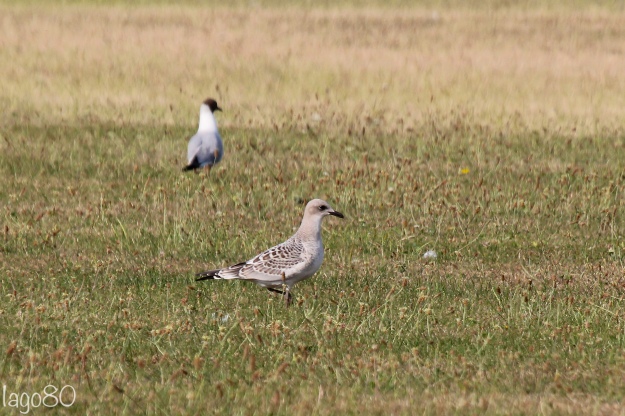 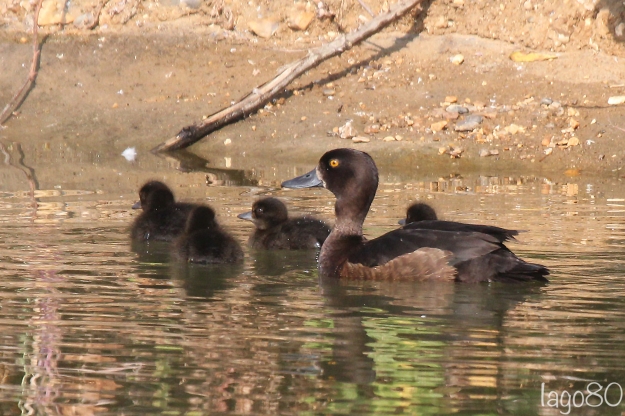 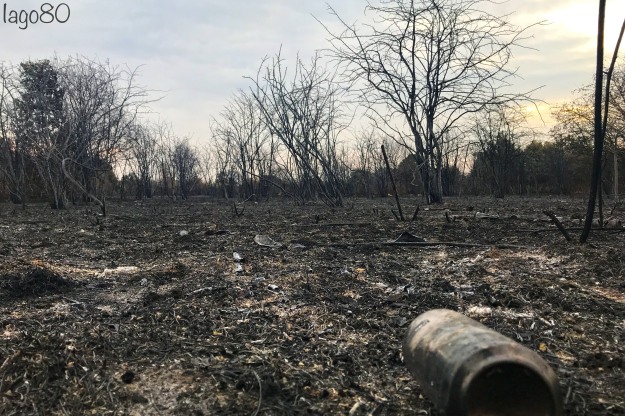 The aftermath of the Wanstead Fire 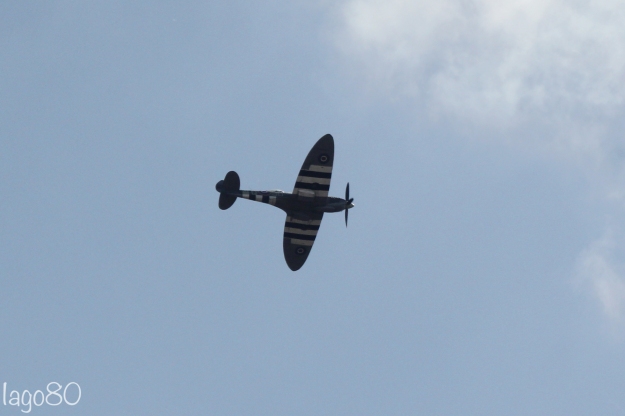 A Spitfire over Oare Marshes 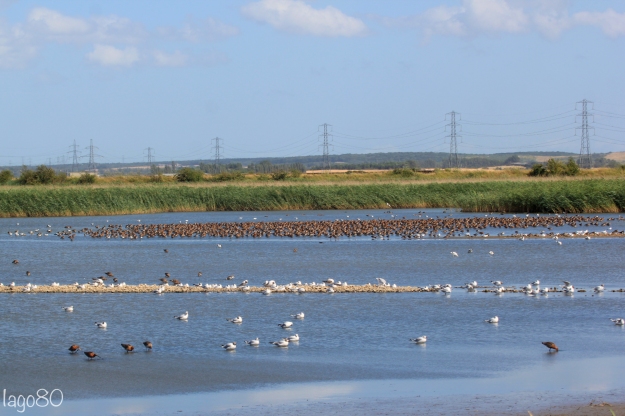 I woke up last Sunday morning intending to right a wrong. Sadly I don’t mean combating a great global injustice. I simply wanted to add a bird to my UK life list.

A Stone-Curlew had been present at RSPB Bowers Marsh at the top of Canvey Island in Essex, about 22 miles due East of my house. But there was no news on the bird sites or social media, so I stayed locally and saw the sub-adult Yellow-legged Gull amongst other things. It was only much later in the day that late news dripped through that the Stone-Curlew was still present. And so I headed out for the 45 minute drive in the evening, somewhat racing against the fading light.

The reserve is accessible 24/7 although the car park was closed. I had the words of a well-known birder ringing in my ears: 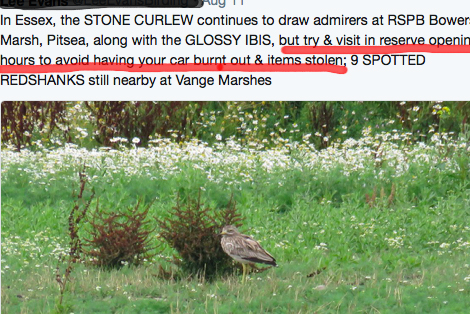 When I arrived, the small lane was littered with literally hundreds of the tiny nitrous oxide (laughing gas) canisters and a couple of cars were parked up as people conducted a car sale (I didn’t stop to ask them why they needed to be doing that down a deserted lane). I started the walk not knowing how far it would be until the Stone-Curlew would be visible. In fact, I had no idea where the bird might be as I had never visited the reserve before. The closest thing I had to directions were a tweet from someone saying the bird was visible from the ‘two benches’ area.

The empty car park was not quite empty as a father taught his young son how to ride a mini-motorbike. I walked on.

I stopped briefly at the slightly sorry-looking reserve noticeboard and map which confirmed that the reserve was big. super! I walked on.

The skies opened up and were huge with a few Swift still circling (all of our local ones seem to have long-gone) and a few Swallow trickled through. I walked on.

Sign-posts pointed to different bits of the reserve in different directions with mile+ distances attached. I was running out of time and needed some ‘gen’ or some luck quickly. I walked on.

Most of the wetland parts of the reserve were obscured/protected by high hedges. I walked on.

I saw some people in the distance: a chance for local knowledge/help. I walked on.

They turned out to be a couple out for an evening hack on horses. I asked them if they had seen any birders, to which they replied that they had, but some time ago and some distance away. Oh! Thanks. I walked on.

The light seemed to bleed out of the sky faster than ever. I walked on.

The wind-pumps add to the sense of desolation and slightly foreign feel of the bleak landscape – it felt more like the US Midwest than Essex. I walked on. 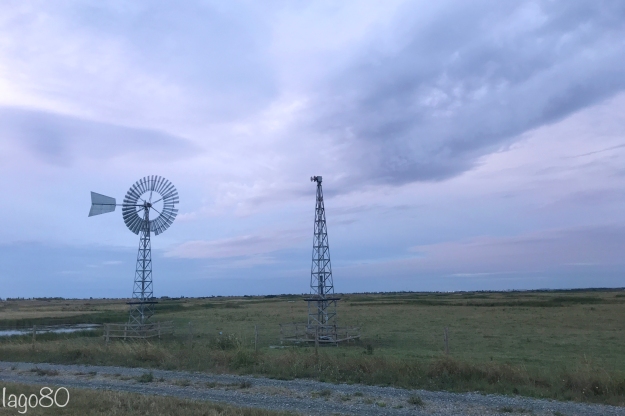 And then I stopped.

There were two benches, diagonally opposed and overlooking the water stretching out back towards the car park from whence I had come. I set my ‘scope up tall and stood on one of the benches to get the best possible view. I scanned the parts of the wetland and grassland that looked most promising  for the Stone Curlew, and just as the light was getting so gloomy that it was beginning to get silly, a distant bird scuttled into the view of my scope. My first Stone-Curlew in the UK. Another rather embarrassing gap filled on a list.

It was an odd sight. Not the bird, although Stone-Curlew is a strange large-eyed bird, of course, but me in the landscape. A man stood on a bench looking through a telescope at a distant bird on a vast reserve all alone apart from the midges and the weather. I strained the technical capabilities of my iPhone to photograph the Stone-Curlew through my scope. 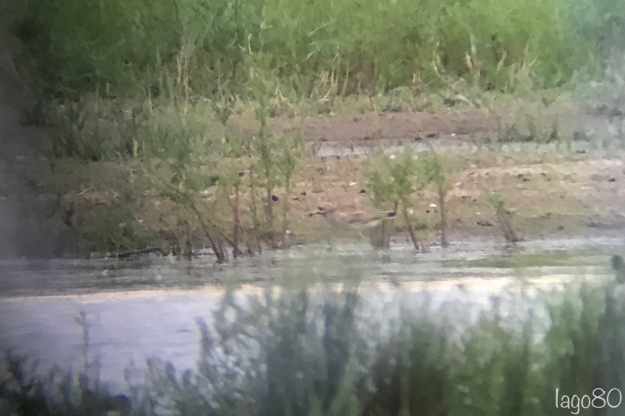 The output was rubbish, of course, but it just about counts as a record shot of a bird I last saw when I spooked a running gaggle (I don’t know what the collective noun is for Stone Curlew) from the hiding place in a parched field in a remote part of Ibiza. The remoteness was even more intense in Essex, but the landscapes could hardly be more different.

As I watched the Stone-Curlew a tiny Yellow Wagtail pottered past in front of it. I was also pleased to see a Black-necked Grebe (possibly two as one disappeared around a corner and another materialised somewhere else suspiciously far away) in mid-moult. I am not sure these birds had been recorded at the site on that weekend by others so a reasonably nice find, perhaps. I photographed the bird in the murky light and remembered the last time had been watching these birds, in full black and gold breeding uniform, like science fiction fascists, in Japan. 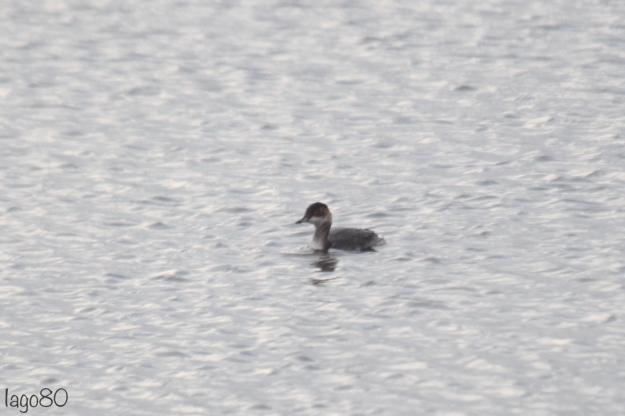 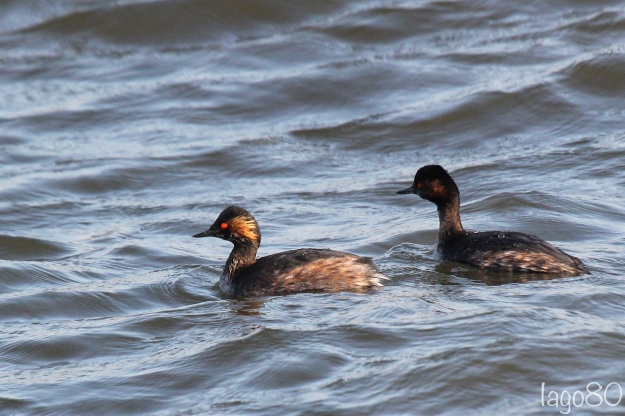 One of the great things about birding the same patch is you get to build up a sense (or even a monitored trend for those of us who keep spreadsheets) for which birds you see over time. Migration is, of course, a major factor in birds appearing and then disappearing. Our Swift flocks have now gone. They were present on every visit to the Patch from 22 April until the end of July. I missed last weekend as was away so can’t pinpoint their departure. But it never ceases to amaze me how fleeting their breeding stopovers seem to be. One day the the sky seems full of scything screamers and then, like Keyser Söze, they are gone.

Willow Warbler is a species which seems to have a tentative perch-hold on the Patch. I got four records of Willow Warbler in the Spring. The first was probably just a passage pass-through, and then three weekends in a row in April/May when I had one or two birds singing. Almost certainly an attempt at making a viable territory, but not, perhaps, successful. Now we get a second bite at the cherry with the returning birds and I got a bright bird yesterday in Wanstead Park. 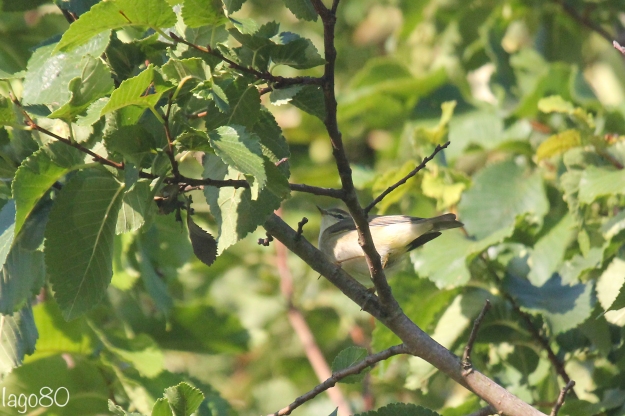 But with other birds, their presence or otherwise seems more arbitrary or subject to annual cycles not connected to migration. It has been a good year for Little Owl on Wanstead Flats. We think two pairs have bred successfully. I looked in their ‘usual places’ yesterday but couldn’t find them, only to hear one calling loudly from a different copse as a dog walker went past it. It stayed put long enough for me to take its picture. 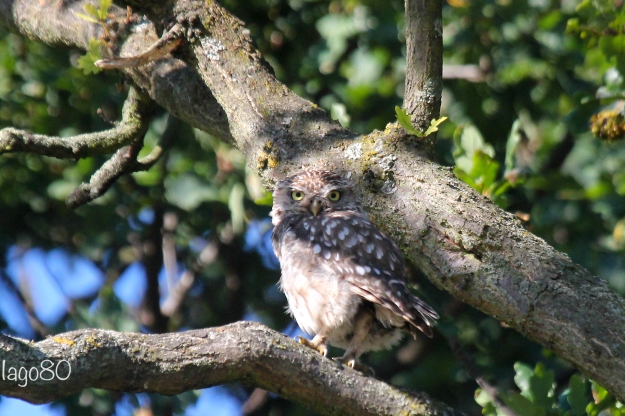 Nuthatch, and even Treecreeper, have also been spotted more frequently this year than in others. But other birds seem not to be doing as well. I’ve seen very few Grey Wagtail this year, for example. Whilst Little Grebe seem to be doing better than I remember before, and have bred on Alexandra Lake, Great Crested Grebe have seemed almost entirely absent; I saw my first for this Spring and Summer on the Shoulder-of-Mutton pond in Wanstead Park on Saturday. 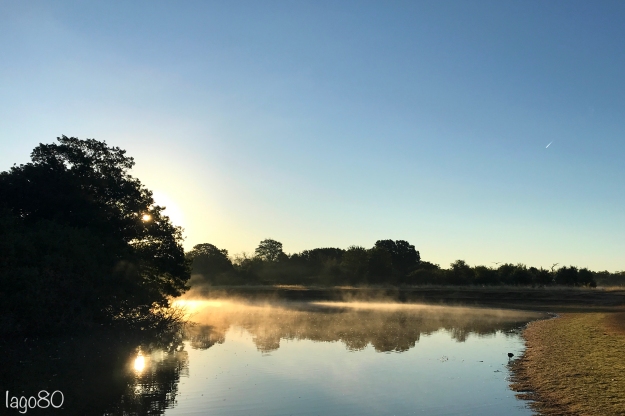 2016 and 2017 were good years for Wigeon on the Patch. We saw up to a patch-record-breaking 61 birds in 2016. But there were very few sightings of this duck early this year with it not even being on my patch year list. So I certainly didn’t expect to see one today on 12 August! But Nick found one, on the River Roding, and I photographed her as she is the earliest returning Wigeon we have a record of on the Patch. 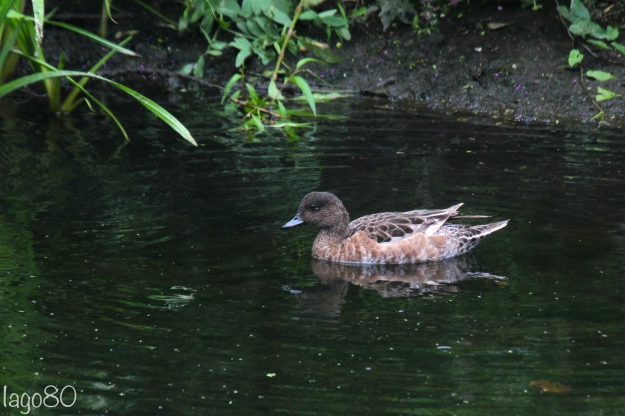 Other birds are scarce visitors but you come to expect them at certain points in the year. So it is with Yellow-legged Gull. Today three of us were treated with lovely views of a 4th calendar year bird that Nick actually found yesterday by Alexandra Lake. This was a patch year tick for all of us involved. 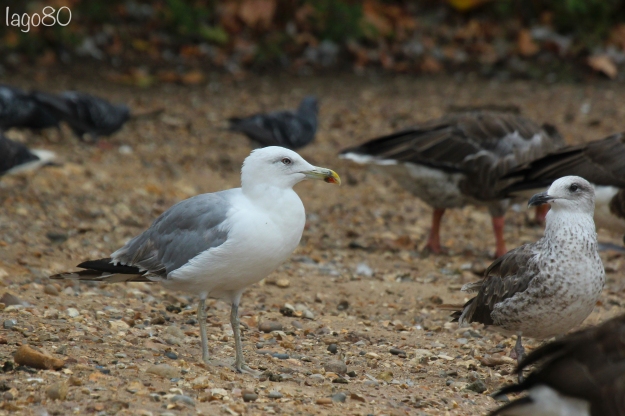 Meanwhile, other birds never seem far away. It is a rare day on the Patch not to hear the yaffle of a Green Woodpecker, or to see one sail over your head at some point. However, despite them being common, I don’t often get to watch them close-up, so yesterday I was pleased to get close views of two males; an adult and a juvenile by Perch Pond in Wanstead Park. In my slightly sentimental state as an expectant dad, I like to imagine that this was father and son bonding on the Patch. Something I hope to be able to do in due course. 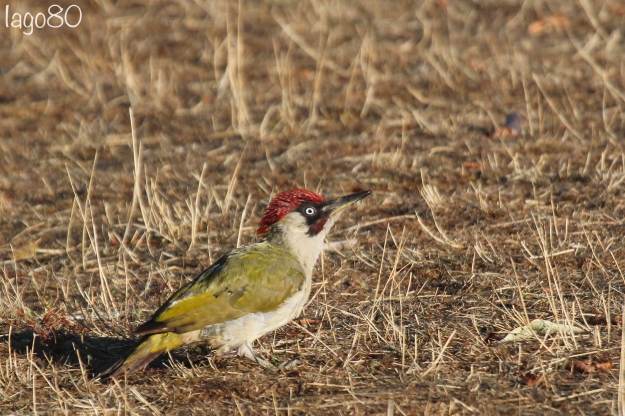 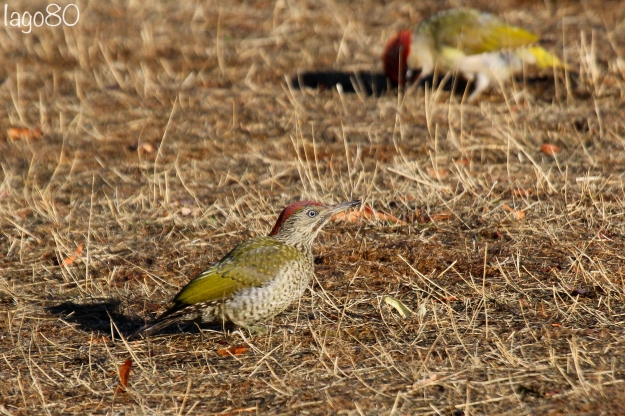