The busy and well-kept parks of central London can easily be overlooked when it comes wildlife, but they often contain hidden natural treasures.

An astonishing 196 species of bird have been recorded in Hyde Park and the adjoining Kensington Gardens since 1889. The birds have become used to throngs of human visitors and many have become almost reliant on the deliberate or discarded food that we leave. This is especially the case with the gulls..

… and the waterfowl, such as this nesting coot and its vulnerable and colourful young…

A further stronger sign of the influence of humans on the birdlife in parks is the presence of exotic non-native bird such as this beautiful Red-crested Pochard (don’t worry, I’m not adding this to my year list as that would be cheating): 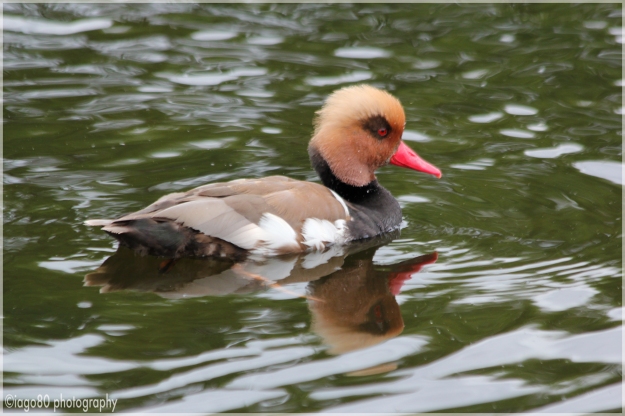 “I feed the pigeons I sometimes feed the sparrows too, it gives me a sense of enormous well being (parklife)” – Blur, 1994 (is anyone else freaked out by the fact that Parklife was released over 20 years ago!?)

In my quest to photograph as many species of birds in the UK in a single year, you won’t be surprised to know that I didn’t visit Kensington Gardens on Sunday to photograph introduced birds. I came to find a Little Owl and some baby Tawny Owls that I learned were in the park.

I followed the directions to a specific tree from a prolific bird blogger who visits the park every day [I seem unable to link to a rival blog platform site, but just Google “Kensington Gardens and Hyde Park birds”]

But the Little Owl that had been every day for ten days was not showing. Then I saw the blogger himself, also looking for the Little Owl (the species itself initially introduced to the UK) and then feeding the birds from his hand (another sign of how tame park birds are):

Through speaking with this birder and two others, I was directed to another tree nearby where the Tawny Owls had been seen. Sure enough, high up in a Sweet Chestnut tree, as the wind blew, there was an obscured view of some brown fluffy feathers. I walked all around the tree for a better view and eventually I saw some movement and a bundle of fluff joined its sibling on a higher branch. At the right moment one of the chicks raised its head and I managed to photograph my 85th species of bird through a tiny gap in the dense leaves and branches:

The owls were not the only fluffy things of the day. I also snapped a young Jay that nervously pondered whether to feed from the local birder’s hand:

Despite currently not being able to think about much other than moving house, I hope to take a break soon and return to photograph the Little Owl (that I understand was back today after his day off on Sunday … grrr!)

Later that day I visited friends in Ealing. As we walked to their house I was reminded of a glaring omission in my year list so far. I have been blessed in photographing some scarce and even rare birds, but I am still missing one of our most common: the Song Thrush. I have seen a couple when my camera wasn’t handy and heard many, but still not photographed any.

As I walked with my wife by a construction fence next to a cordoned-off park, I saw the flash of a spotty bird in flight. It landed far away and I whipped out my camera. It wasn’t a Song Thrush, but it was its close cousin, and also a species I have not yet recorded for the year. Despite the poor quality and blurry shot, the Mistle Thrush became my 86th species of 2014:

Moving house and birding are not conducive to one another. The process of trying to sell property, and then hunting, buying, and moving (with all the bureaucracy and hassle that it entails) clashes badly with a desire to wander the countryside taking pictures. Even on a Sunday, when there is little that can be done, the guilt of taking time off for such an indulgently ‘removed’ (if that adjective makes any sense in this context to you – it was the best I could think of) pastime, acts as an internal barrier.

So, whilst my aim of photographing as many bird species as possible in a year has hit a treacly obstacle, it has not been forgotten. Today, I took some time to walk in the sun hunting for birds rather than houses. I chose the Hackney marshes for ease: 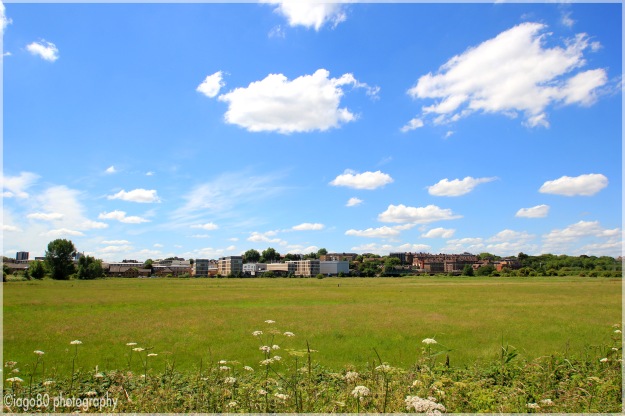 My steely house-hunter’s determination was usefully applied by going in deliberate search of a specific species of bird. Given the time of year, I chose a place with lots of reeds where in previous summers I have seen one of our summer migrant warblers. I was duly rewarded: 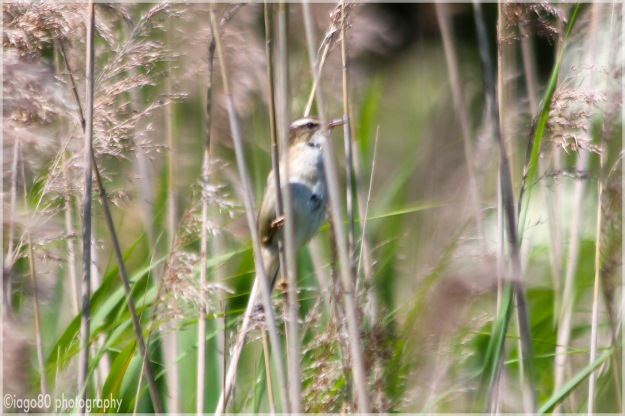 My 84th species caught in pixels for the year is well named as the Sedge Warbler, but I personally prefer its lengthy scientific name. The latinised Greek, Acrocephalus schoenobaenus, roughly translates as ‘pointy-headed reed-walker’ which I think is terrific!

I was also pleased to get a reasonable profile of the homoplastic* female Reed Bunting. 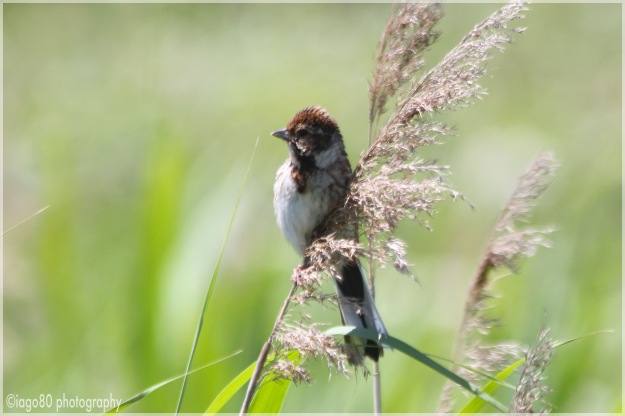 * Note: I couldn’t resist using that biological term, homoplasy, which describes the fact that the Reed Bunting and Sedge Warbler share many behavioural and environmental similarities, but have a radically different evolutionary ancestry – although the distinctions in form between the birds, mean I should properly have used the term, biologically analogous, but that just isn’t as cool.